5 must knows that will change the way you look at organic food forever. Photo by Gabriel Gurrola on Unsplash

Let’s be honest, eating organic all the time isn’t the easiest thing to do. Unfortunately it’s also never been more important, as the amount of toxins being sprayed onto our food supply has never been larger.

This is why I’m so excited to introduce you to Crystal & Anth from The Healthy Patch. The Healthy Patch is a business dedicated to helping you reach incredible health through the power of organic wholefoods & growing your own nutrient dense whole foods easily. In fact, The Healthy Patch came about after Crystal completely healed her body from a life long list of symptoms (think PCOS, non-alcoholic fatty liver, chronic migraines... and the list goes on) by making the switch to a diet of organic wholefoods that they started growing themselves, in their own mineral rich soil creation.

(In fact, I'm very excited to be doing a 4 part free online training series with them starting 25th October 2018 - if you're ready to learn more, sign up here!)

So, without further ado, I'm passing the talking stick to Anth who's going to share some of his pertinent 'must knows' that will change the way you look at organic food, forever.

A question I’m often asked is “What’s the one thing I can do for my health today, so I can start feeling better tomorrow?” I hear it all the time, and I totally get it. If you type that into google you’ll get over 1.3 BILLION answers. Seriously, try it!

The point is, when it comes to making decisions about your health it can feel like an absolute minefield. The good news is, it doesn’t need to be that complicated or overwhelming. In fact, it was one simple change for us that made all the difference in our lives.

So, what was the change? Switching to a diet of organic wholefoods that we’d started growing ourselves in our own soil creation.

The benefits of making this change were so huge for us that it was almost unbelievable. Symptoms started clearing up, weight started dropping off, I actually wanted to get up out of bed in the morning… and no coffee was needed throughout the day, what the!? Suffice to say, it was an absolute game changer.

So, let’s take a look at some of the benefits you can expect to experience from making the switch to organic whole foods and hopefully even start growing your own.

This might sound obvious, but the difference this makes to your health can be MASSIVE. See, in November 2017, a peer reviewed article published in the International Journal of Human Nutrition and Functional Medicine revealed that people who switched to an organic & non-gmo diet reported improvements in an incredible 28 health concerns. According to the article, many conditions were “nearly” or “completely” recovered! The list includes digestive issues at the top (not surprising when you consider that some pesticides are known to destroy our good gut bacteria) fatigue, obesity, joint pain, hormonal imbalances & even cancer.

GMOs (genetically modified organisms) don’t really seem to enter the conversation in Australia, but while there are only 3 types of GM crops actually grown in Australia (for now) - those are canola, safflower & cotton - Australia imports many products containing GM corn, soy, sugar, rice & potato. Other GM crops include papaya, zucchini, squash, apple, tomato and even salmon (only in Canada, at least for now).  In fact – up to 80% of all processed foods on supermarket shelves in Australia contain GMOs!

The 2 main issues with GMOs are:
a. As most GMOs are plants that have been genetically modified to not die when sprayed with toxic pesticides, the amount of pesticides applied to them is enormous - they’re literally drenched in them. The residues get into the plant and are then eaten by us or animals (who are fed GM corn and soy in horrible, inhumane feedlots).
b. The process of genetic modification itself causes serious collateral damage inside the plant which can lead to increased allergens, anti-nutrients and toxins. Research has shown it can also lead to digestive issues, immune issues and even organ damage.

Soil based probiotics (or soil based organisms) are, as the name suggests, tiny micro-organisms that live in the soil. Once upon a time they played a huge role in human health, especially when it comes to keeping the balance of bacteria in our gut, strengthening our immune system and improving cardiovascular health.

Unfortunately we live in a world that is obsessed with cleanliness and killing bacteria. Coupled with the fact that most of us never get any exposure to healthy soil the majority of us miss out on these incredibly beneficial bacteria.

Eating organic food that has been freshly harvested, that may even still have a little soil on it (those are the best kinds!) can be an excellent way to give yourself a good dose of soil based probiotics!

4. There’s a huge difference in quality.

It’s easy to look at 2 veggies - let’s say 2 kohlrabi (first thing that came to my mind, if you’ve never heard of kohlrabi, google it, they’re awesome) and to think that both of these crazy looking edibles were created equally. But that isn’t always the case.

Let’s say one was grown in healthy, organic, living soil and the other in conventional soil that had been treated with pesticides. The conventional soil will contain way less nutrients than the organic soil, due to the application of toxic pesticides and synthetic fertilisers. This ultimately leads to a nutrient deficient plant that gets prettied up before being put on the shelf at the supermarket. But don’t be fooled, that veggie will be deficient in important vitamins, minerals & phytonutrients that we rely on to be healthy. Photo by dylan nolte on Unsplash

5. Growing your own trumps all.

If you’ve ever eaten something that’s been freshly harvested, whether it’s a bunch of lettuce or a beetroot that’s just been pulled from the soil (by the way if you haven’t experienced that, you need to ASAP, homegrown beets are incredible), you’ll understand the amazing tasting freshness that comes from homegrown produce.

The benefits don’t just stop there though. In addition to everything I’ve already mentioned, when you eat a veggie that was in the ground just hours or even minutes earlier you’re getting the highest concentration of nutrients possible. Food that’s been sitting on the shelf for days, after being in storage for sometimes weeks (whether it’s organic or not) will have inferior nutritional quality to any freshly harvested, homegrown veggie. Not to mention you can control the nutrition levels in the soil by easily adding ingredients like rock minerals & powdered seaweed.

So, there you have it! Hopefully these points have inspired you to eat more organic foods, if not to start growing your own?

Would you like more of where this came from? Me too!

Anth and Crystal have just released a completely free 3-part video series called Real Food, Real Health that I think you’ll love! It takes you through the core issues of our food supply being caused by the use of pesticides and modern agriculture, along with the damaging effects these substances can have on our health. It also provides a simple 4 step roadmap to get you started growing your own organic wholefoods in a super easy and hassle-free way + the secrets to organic pest control & super easy maintenance that’ll give you access to the best organic wholefoods no matter what your time commitments!

Choosing Your Word of the Year and Why it Matters

5 Ways To Detox Your Bedroom

7 Signs You’re In A Healthy Relationship 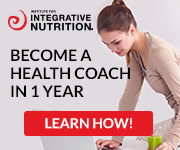